CRI consists of six divisions and each division contains a couple of portfolios and programs. Here is a short overview of the various divisions, their mandates and their portfolios.

Citrus research in southern Africa, largely funded by a levy on export cartons, is divided into three portfolios.

Within each focused portfolio are several programmes on particular problem areas identified by the citrus industry. A Programme Coordinator oversees the research conducted within each programme and this may be conducted at various institutions. Programme Coordinators can also belong to different institutions. Within Citrus Research International (Pty) Ltd, Dr. Tim Grout manages the Research Division and serves as deputy to the Chief Executive Officer, Dr. Vaughan Hattingh who is based at the University of Stellenbosch.

Portfolios in this division

Simply click the above tabs to view the different portfolios and their programmes.

The buttons below offer a shortcut to the publications in each division.

Shortcuts to the publications in each division 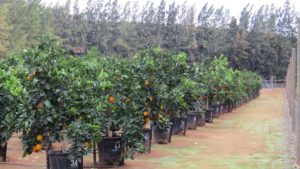 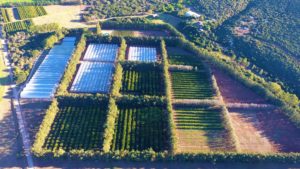 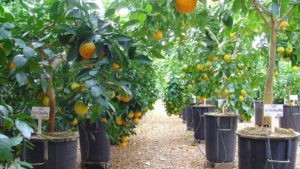 The objective of the Citrus Improvement Scheme (CIS) is to increase the profitability of the southern African Citrus Industry, by ensuring that growers are supplied with nursery trees of the highest possible quality made from the best genetic citrus material and being free from any harmful pathogens.

The CIS was established in 1973 as a joint project between the SA Co-operative Citrus Exchange and the Citrus and Subtropical Fruit Research Institute (CSFRI). During the interim phase certified budwood was obtained from trees of various cultivars that were selected in commercial orchards. In 1977, shoot-tip grafting was introduced at the CSFRI in order to provide a virus-free source of budwood material. The Outspan Foundation Block was established in 1980, releasing the first virus-free certified budwood in 1984 and the first certified seed in 1986. From April 2002, Citrus Research International became responsible for the CIS and the Citrus Foundation Block (CFB).

New cultivars are obtained from the discovery of mutations in orchards, breeding programmes and/or the importation of promising cultivars from other countries. Since the deregulation of the citrus industry in 1997, many private cultivar management agents have also become involved in this process and the Citrus Growers Association now has their own Cultivar Company for cultivar development. The Agricultural Research Council – Tropical and Sub-tropical Fruit and the CRI’s Citrus Research Centre in Nelspruit are responsible for shoot-tip grafting and pre-immunisation of material with a mild strain of Citrus Tristeza Virus (CTV). The Citrus Foundation Block is responsible for increase and release of propagation material to the citrus industry. All promising cultivars are planted in suitable trial sites and evaluated by CRI Cultivar Specialists. These processes are mainly conducted by CRI and ARC personnel, but the CIS Advisory Committee and its Pathology and Cultivar sub-committees play and oversight and advisory role in these processes. 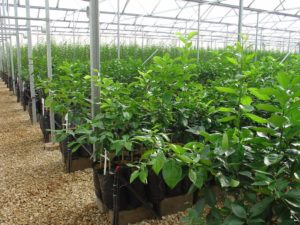 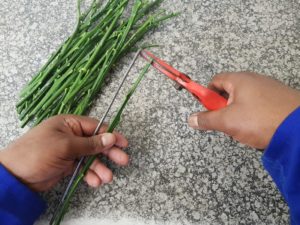 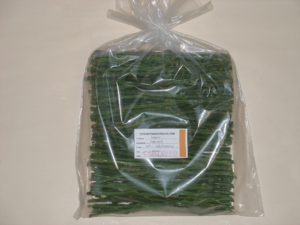 Phytosanitary quality of budwood produced at CFB. All cultivar lines are introduced to CFB after pathogen elimination by means of shoot-tip grafting.  These virus-free lines are then pre-immunised with a mild strain of CTV to cross-protect against this disease, which is endemic to southern Africa. Budwood produced are produced inside insect-secure structures according to strict phytosanitary guidelines to prevent new infections.  All budwood multiplication blocks are re-tested once every 3 years to ensure their pathogen freedom.  Additionally, the CFB is inspected once annually by a team of citrus pathologists and entomologists to evaluate its phytosecurity.

Seed from the following rootstock cultivars are available in commercial quantities from CFB (Seed Order Form). 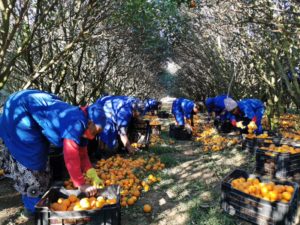 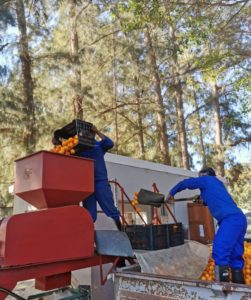 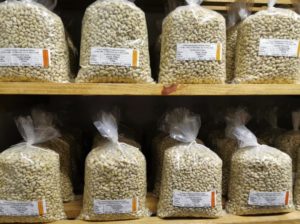 Phytosanitary quality of seed produced at CFB. Due to the general disease-free status of the CFB, the fact that very few pests and diseases are seed transmissible, and the safe rootstock seed processing and treatment procedures employed by the CFB, the certified rootstock seed from the CFB can be regarded as Safe Seed (CFB Safe Seed 2021), and generally meets the import requirements for most countries.

Nurseries producing certified trees must be certified in accordance with a quality management system and are audited twice a year for this purpose. A certified tree must be made from certified propagation material, tested for soilborne pathogens 4 times per annum, and found to be free of harmful pests and pathogens before delivery. (CIS Tree Standards)

As a result of a sharp decline in demand for trees, the number of nurseries participating in the CIS decreased from 46 in 1999 to 21 in 2012. This has increased again to 37 in 2020. An application has been submitted to the Department of Agriculture to make the CIS a statutory scheme, which, if approved, will make the sale of uncertified trees unlawful. Tree certification is a pre-requisite for Global GAP accreditation.

The CIS supplies seed and budwood to any nursery wanting to make citrus trees; however, only nurseries participating in the SA Nursery Certification Scheme will be audited and certified. The list of certified nurseries can be downloaded here, (CIS Certified Nurseries).

The provision of a mechanism for successfully transferring research outputs, in appropriate formats, to the intended users of the technology has been identified as a key strategic objective in the southern African citrus industry.

CRI’s extension objective is to co-ordinate the interaction between these parties in the provision of an extension service. This network consists primarily of researchers, consultants, technical personnel from co-operatives, citrus estates and agricultural chemical organisations, as well as technology transfer groups and regional grower representatives. Hannes Bester is the National Extension Manager and is based in the Eastern Cape. M.C. Pretorius is based in Nelspruit and is the Area Extension Manager for Mpumalanga, Swaziland and Kwazulu Natal. Wayne Mommsen is the Area Extension Manager for Limpopo, North-West and Zimbabwe, and is based in Letsitele. Catherine Savage and Natasha Jackson are the Postharvest Extension Officers for the northern and southern regions respectively and are based in Nelspruit and the Eastern Cape.  Dawid Groenewald is based in Pretoria and coordinates the CRI Postharvest Technical Forum and Packaging Working Group. Liezl van der Linde, based in Nelspruit, is the Events and Operations Coordinator. Technology transfer to the grower base and relevant industry role players take place on a group extension basis by means of study group meetings, CRI regional workshops and the popular biannual CRI Research Symposium.

Today’s global fresh produce trade environment is one of over-supply and an extensive diversity of produce types. Together with the dismantling of tariffs, these factors have resulted in technical, sanitary, phytosanitary, environmental and social considerations becoming the primary trade regulatory issues. The ability to adequately address these considerations determines the level of access to the world’s markets.

CRI has been commissioned by the Citrus Growers’ Association of Southern Africa to research and develop the technical issues required to enhance access of southern African citrus to world markets. This includes requirements for opening new markets, retaining and improving access to existing markets.

The market access imperative is incorporated into all components of CRI’s business. It is therefore a core objective throughout CRI’s operations rather than a division of CRI. Dr. Vaughan Hattingh as Chief Executive Officer for CRI is responsible for co-ordinating CRI’s deployment in pursuit of the citrus industry’s access to markets.

Our administrative offices are based in Nelspruit, Mpumalanga.

To make contact with us feel free to simply complete the form below and indicate which division you want to get in contact with.

One of our staff will then be in contact as soon as possible.