False codling moth (FCM) can cause losses in the orchard due to fruit drop but more importantly, it is a phytosanitary pest for most export markets. Stringent cold sterilisation measures are required for export of citrus to certain markets. However, this is not viable for the large volumes and wide range of cultivars exported to Europe. Consequently, a systems approach, consisting of a series of risk mitigating measures has been developed after several years of research and is now being used commercially. Research is also being conducted on a range of other postharvest disinfestation options, such as such as improved cold treatments, heat treatments, GRAS fumigation,

irradiation and combinations of these. Furthermore, postharvest detection technologies are being developed, including X-ray, various forms of volatile detection and sniffer wasps.

On the pre-harvest side, various means of controlling this pest have been developed over the years, including the use of chitin synthesis inhibitors, mating disruptants, insect viruses and the sterile insect technique (SIT). Research is currently being conducted to develop a female attractant, which will enable much more accurate monitoring.  There is also a strong research focus on the development of effective biological control alternatives, such as entomopathogenic fungi and entomopathogenic nematodes. Furthermore, great effort is being made to further improve SIT, which is being applied commercially by Xsit on an area-wide basis in the Eastern, Western and Northern Cape provinces, and to improve the efficacy of baculoviruses (both granulovirus, such as Cryptogran, and a novel nucleopolyhedrovirus, which are both being produced by River Bioscience. Fundamental research to better understand the biology and ecology of FCM under a range of conditions, including netted orchards, and implications for its management, are not being neglected. 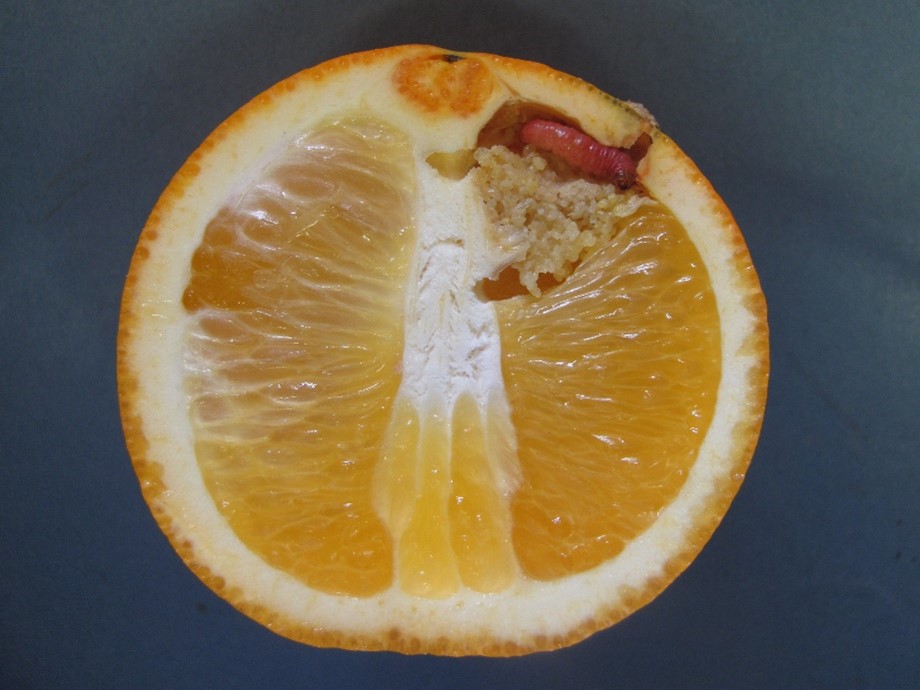